The best Sony camera in 2022: from Cyber-shots through to Sony Alphas

Sony is certainly keen to push its full frame mirrorless cameras. The big news of 2019 was the amazing new 61-megapixel Sony A7R Mark IV, but Sony has also announced a raft of updates in its new high-end Sony A9 Mark II professional sports camera.

Both of these models are important for experts and professionals, albeit in slightly different spheres, but Sony has not neglected its more affordable APS-C mirrorless cameras either. The latest APS-C Alpha models include the new entry-level Sony A6100 and the top of the range Sony A6600. These join the Sony A6400 vlogging camera and the long-running original A6000, which is now cheaper than ever and superb value for money – though we’re not sure how much longer this model will remain on sale.

These Sony Alpha mirrorless cameras take interchangeable lenses and are aimed at keen photographers, but Sony also makes Cyber-Shot compact cameras with fixed lenses for all kinds of users, from family snappers to travel photographers and vloggers who want high-quality results in a camera small enough to fit in a pocket or with a zoom range you just can’t get from a mirrorless camera lens.

Use the section headings at the top of this page to go straight to the section you need, or just keep scrolling!

Sony Alpha cameras are available with either APS-C or full-frame sensors. The APS-C models are smaller and more affordable and designed more like traditional rectangular ‘rangefinder’ cameras – but they still pack plenty of power. Sony’s full frame Alpha cameras are more like mini DSLRs, with a conventionally placed electronic viewfinder on the top. These are larger and more expensive and more orientated towards expert and professional users – though there are still bargains to be had for enthusiasts because Sony has a policy of keeping older models on sale alongside newer replacements, and at extremely tempting prices!

Guide: The best Sony lensesImage 1 of 4

It might not have the blinding speed of Sony’s top-flight A9 II or the ultra-high-resolution of the A7 Mark IV, but the A7 III camera grabs many of the best bits from these pricier models and delivers them in a more affordable package. Headline features include highly effective 696-point AF system and a 5-axis image stabilisation system that promises 5EV of compensation.There’s a new 24.2MP back-illuminated image sensor, coupled with the latest generation of image processor, and the two deliver amazing tonal range and make super-high-ISO settings possible. Handling is good, though some may find the body a little small when paired with pro lenses, but that applies across the Alpha range. For top performance at a sensible price, it’s the best Sony camera out there.

The ‘R’ models in Sony’s A7 series cameras are designed first and foremost for resolution – and the Sony A7R Mark IV certainly delivers. The previous A7R Mark III set the standard for a time, but the A7R Mark IV brings a new record-breaking 61-megapixel that has the highest resolution of any Sony – or indeed any full frame camera. The detail rendition is spectacular, though the gain is perhaps not quite as obvious as the bare numbers might suggest, so although the A7R Mark IV beats the older A7R Mark III model on paper, in reality the differences in outright detail rendition are smaller than you might suppose. This does mean that although the A7R Mark III is technically superseded, it’s still a high-resolution camera by any standards, and likely to be available at much reduced prices now too.

Sony’s original Alpha A7 is still on sale, and amazing value for money

If you do want to step up to a full frame camera but you’ve been put off by the cost, then the original Sony A7 is the camera for you! It was launched way back in 2013, so it can’t rival the sensor technology, autofocus systems or continuous shooting speeds of the latest Alpha models, and it doesn’t have in-body image stabilisation, but it is a powerful, well-made full frame camera at a silly price – Sony has a policy of keeping older cameras on sale, and in production, at steadily decreasing prices, just to get new users into the brand. If you go for the Sony A7, we’d recommend getting it with the Sony 28-70mm f/3.5-5.6 OSS as a good, cheap ‘starter’ kit lens.

Although it’s now over four years old, the A6000 is still one of Sony’s best cameras. Moreover, it significantly undercuts the newer A6400 and even the ‘basic’ A6100 which will ultimately replace it. Indeed, it’s currently little more than a third of the price of the top A6600. With its APS-C format compact camera styling, and access to Sony’s range of interchangeable lenses, it’s a small body that packs a big punch. Resolution is good in every area, from the 24.3MP image sensor to the 1,440k-dot electronic viewfinder and 921k-dot tilting screen. It lacks the ability to record 4K movies but overall performance and image quality are very impressive, and it’s terrific value for money too.

The Sony A6400 is effectively Sony’s ‘middle’ A6000-series camera, fitting in above the A6000 and newer A6100 model and below the new top-of-the-range A6600. But it still packs a super-fast, super-high-tech autofocus system, and great 4K video capabilities. Its still image quality is very good, but really this camera’s strength is as a blogging/vlogging tool for single-handed content creation. Its 180-degree screen is the key here, flipping up and over to face you to help your framing, facial expressions and delivery as you present video pieces to camera.

This is the entry-level successor to the Sony A6000, and while the older model remains on sale, we hear rumblings that it may not be for much longer. Six years on, the A6100 has brought a host of improvements, sharing many of the same upgrades featured in latest mid-range A6400 and top-end A6600 bodies, including a 180-degree touchscreen for selfies and vlogging, 4K video and a faster and more advanced autofocus system. However, these improvements don’t come cheap, as the A6100 is nearly twice the price of the original A6000, somewhat limiting its appeal as an entry-level camera.

Sony’s Cyber-shot compact camera range is wide and varied! The ‘RX’ models are most likely to appeal to experts, the ‘HX’ series gives you a long zoom range for a modest outlay, while the WX series offers, cheap, effective point-and-shoot photography. Image 1 of 5

Almost as powerful as an Alpha, but it fits in your pocket

Sometimes even a compact system camera can feel a bit on the bulky side. The RX100 Mark VA is a svelte and streamlined camera from Sony’s acclaimed line of premium compact cameras with a permanently attached lens. It aims for the highest levels of image quality, utilising a 1in-type image sensor that’s relatively large for a compact camera, which has a respectable 20.1MP sensor resolution. You can also get the RX100 VI, which boosts the effective focal range from 24-70mm to 24-200mm, in 35mm terms. For us, though, the Sony RX100 VA gives the best blend of size, features, performance and cost. Confusingly, Sony keeps practical every version of the Sony RX100 on sale, so the latest model – the RX100 Mark VII – is two versions ahead of this one – on paper. In practice, we reckon the RX100 V/VA still gives you more bang for your buck.

Despite being small enough to fit into a spare pocket, the slimline HX90V compact camera features an 18.2MP image sensor, a pop-up viewfinder, a 3in screen that tilts and a mighty optical zoom range that’s equivalent to 24-720mm on a full-frame camera. There’s also a 5-axis image stabiliser on hand, which helps to keep things steady, especially towards the long end of the mighty zoom range. Wi-Fi and NFC connectivity are also shoehorned into the camera, and the ‘V’ edition includes built-in GPS for geo-tagging your images. As a further bonus, the screen has a selfie-friendly 180-degree tilt mechanism, which ultimately makes it ideal for the traveling photographer who occasionally wants to put themselves in the frame.

Any point-and-shoot compact worth its salt has to differentiate itself from what a smartphone can do. The most useful advantage it can offer is an optical zoom, and the 10x zoom on the Sony WX220 goes way further than the lenses on most point and shoot compact cameras. It doesn’t have that many frills otherwise, and the 2.7in LCD screen seems a little small compared to what’s out there in the rest of the market, but what it does, it does well, with images turning out bright and punchy with a decent level of detail. If you want a small camera with a bigger-than-average reach that the whole family can use, the WX220 is worth a look.

The RX10 IV is the latest incarnation of Sony’s RX10 high-end bridge/video camera series. The main highlight is the inclusion of a 315-point phase-detect AF system, and the introduction of a touchscreen display. The 24fps burst shooting capability is pretty amazing, and it’s this, combined with the bigger sensor, better autofocus and better lens that life the RX10 Mark IV head and shoulders above other bridge cameras. It’s excellent for 4K video as well, not least because of that long-range zoom lens and autofocus system. The price, however, means that this camera’s only likely to appeal to really serious enthusiasts or experts. 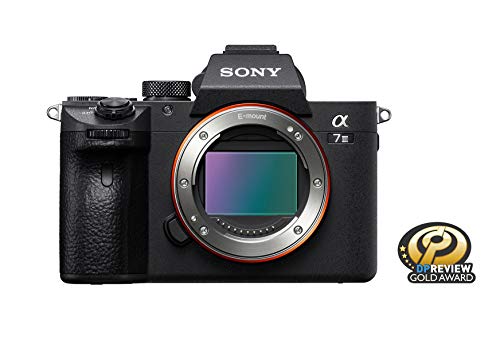 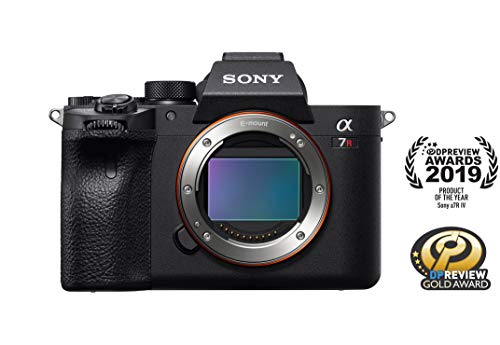 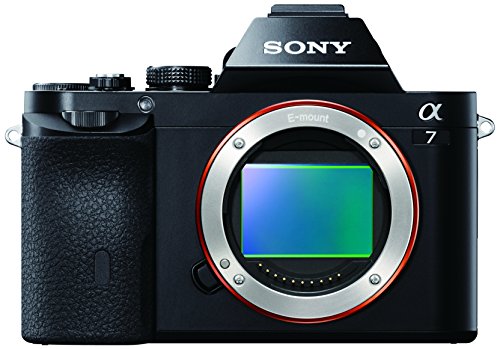 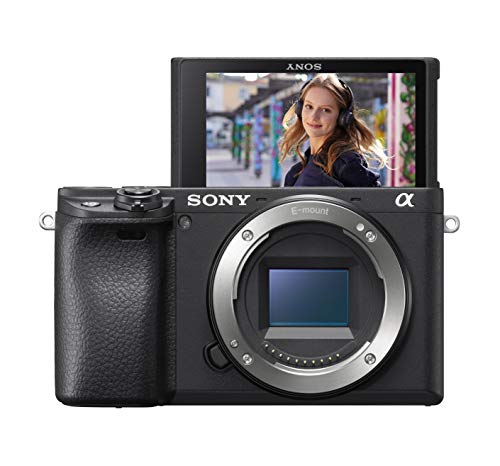 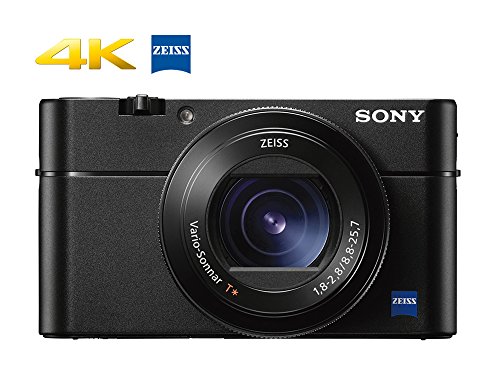 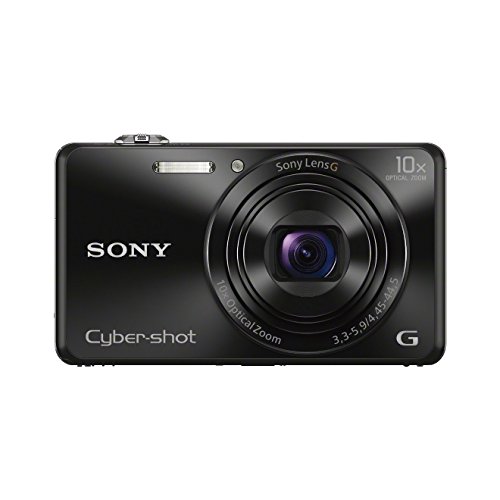 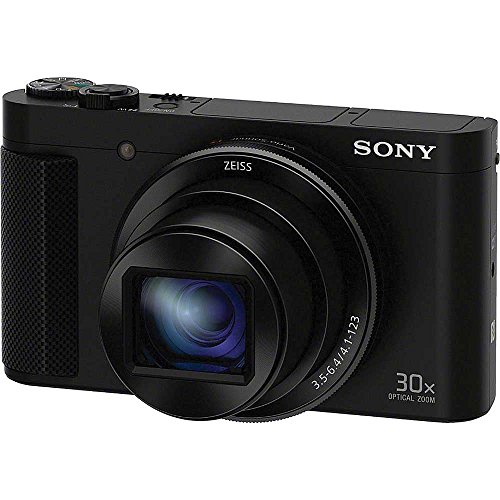